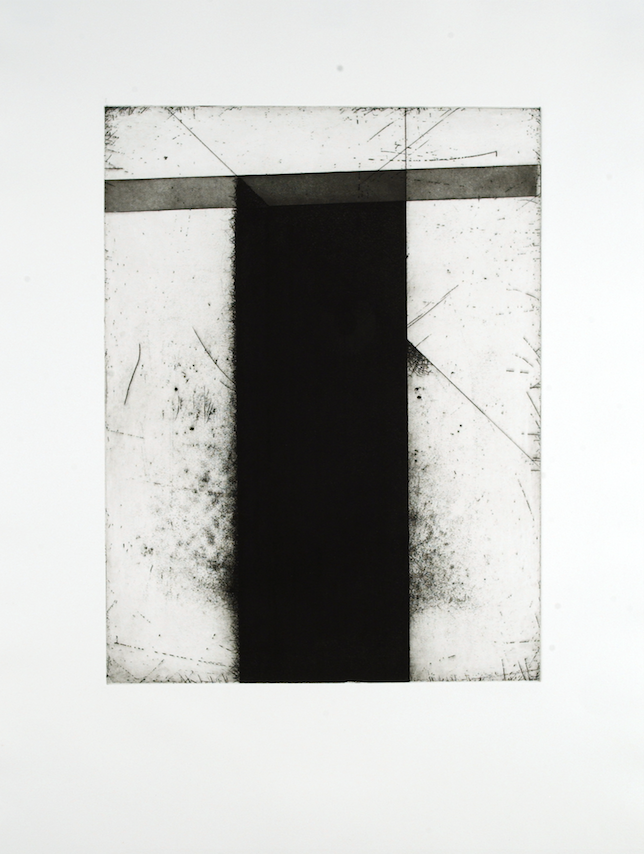 “I try to be clear about what it is that inspires me: the one way one line or shape establishes itself. The momentum is toward the abstract, trying to reveal my imagination. It’s always about the idea of being quiet and still being heard; a visual experience that feels correct within its own context.”
— Jackson A. Cheatham

The Perfect Ditch Series: Prints by Jackson Cheatham Opens at the Morris Museum of Art January 30, 2021

Writing in Jackson A. Cheatham Prints 1997-2007, Norman Wagner, now Professor Emeritus, Atlanta College of Art, but nearly fifty years ago one of Jack Cheatham’s most important mentors, said of his work: “Manifest in Jack Cheatham’s art is adherence to the basic principles of composition and design. He now creates, astutely synchronizing his artistic skills to the open, intuitive field of play, and with a reaffirming sense of refinement and resolution, to command—the Perfect Line. Clearly, his drawings and prints are resolved in a very personal and formal manner, and the presentation is equivocal. The compositional simplicity is simultaneously deceptive and contradictory—simple, as we perceive fewer compositional elements—contradictory, when individual elements are closely examined and scrutinized, simplicity redirects toward complexity. The viewer is placed amidst a universal context to perceive either simplicity or complexity or both with full realization that all of the marks graphically represent one artist’s quest. Cheatham unshackled has opened the intuitive box and with careful articulations of line, shape, texture, value, and color he places you right at the very edge of his personal experience. Each new work bears witness to and evokes the arrival of a new and beautiful moment in time.”

While leading Lullwater Press, he also served as exhibition designer and preparator at the Madison Morgan Cultural Center in Madison, Georgia, where he eventually became the director of Visual arts. Afterward, he taught at the University of Georgia and at Augusta State University (now Augusta University) where he was the head of the printmaking department and where he also directed the Mary S. Byrd Gallery. Now retired, he continues to live and work in a home and studio he built himself in Thomson, Georgia.

His work has been the subject of one-person exhibitions at the Lamar Dodd School of Art at the University of Georgia in Athens; the Mary Pauline Gallery and the Gertrude Herbert Institute of Art in Augusta; the Memorial Arts Center and Swan Coach House Gallery in Atlanta; and the Chattahoochee Valley Art Center in LaGrange, Georgia. His work has also been featured in many group exhibitions. His prints are included in the permanent collections of the Fine Print Division of the Library of Congress, as well as those of the High Museum of Art, Atlanta; the Georgia Museum of Art, Athens; the Madison-Morgan Cultural Center, Madison; the Chattahoochee Valley Art Museum (now the LaGrange Art Museum), and the Morris Museum of Art, Augusta, in Georgia, as well as the Ogden Museum of Southern Art in New Orleans, Louisiana, and too many corporate and private collections to cite here.

The Morris Museum of Art was founded in 1985 and opened to the public in 1992. It is the oldest museum in the country that is devoted to the art and artists of the American South. The museum’s permanent collection of nearly six thousand works of art, dating from the late-eighteenth century to the present, represents every aspect of the region’s visual culture. The Morris is open to the public Tuesday through Saturday, 10:00 a.m.–5:00 p.m., and Sunday, noon–5:00 p.m. For more information about the Morris Museum of Art, visit www.themorris.org or call 706-724-7501.