Folk Art in the South: Selections from the Permanent Collection 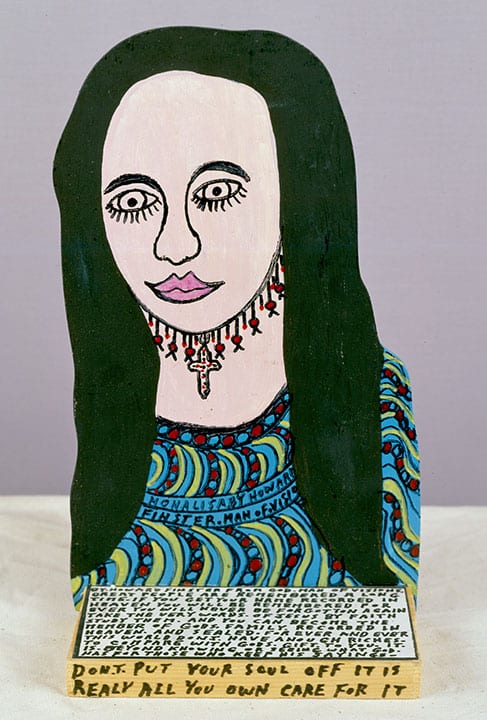 Folk art—often characterized as outsider, visionary, or self-taught—varies widely in medium and subject matter. The range of descriptive terms applied to it does little to describe the imaginative ways in which folk artists express deeply personal ideas in visual language. They employ readily accessible materials, including found objects, to produce their work, putting mundane materials to fresh and ingenious uses.

With little regard for current cultural trends, folk artists often adhere to an innate personal vision when communicating resonant spiritual, patriotic, and biographical messages. The artists’ real and imaginary worlds sometimes merge, resulting in dream visions—personal revelations that have been released through their creative abilities. Many started producing art late in life, when retirement provided time for art, while others turned to art making when convalescing or when seeking an expressive outlet after suffering a personal loss.

As evidenced by the work on view, the concerns of folk artists include religion, memory, patriotism, place and season, family, and the celebration of life. There is a noteworthy affinity for the natural world that can be seen in the variety of figures—some human, some not—that are on display.

Drawn from the Morris Museum’s permanent collection, this modest presentation includes work by some of the region’s best-known folk artists. The present installation underscores the museum’s status as one of the premier collectors of folk art in the region.