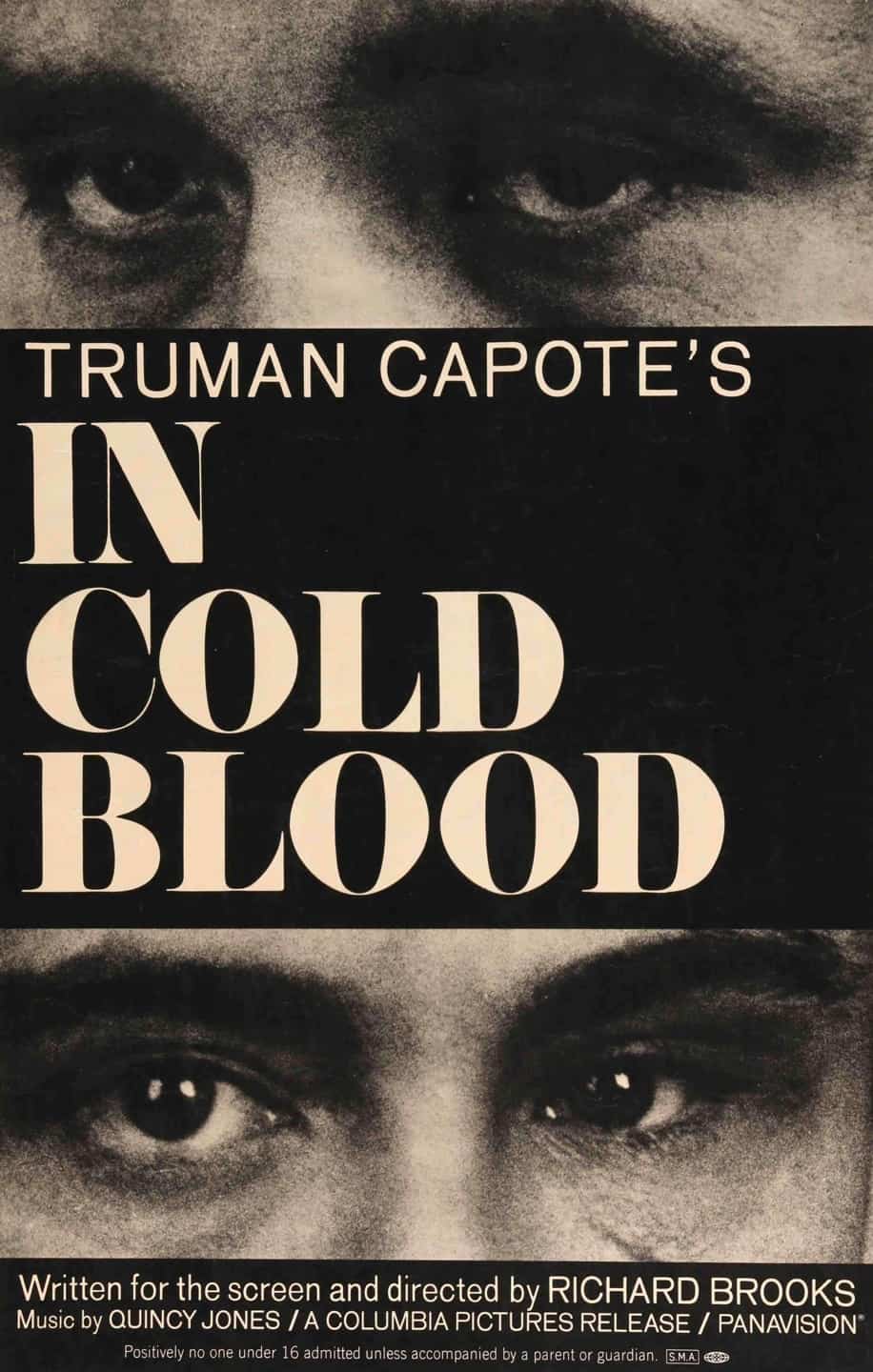 Adapted from Truman Capote’s celebrated nonfiction novel, this grim drama stars Robert Blake and Scott Wilson as real-life murderers Perry Smith and Dick Hickock and John Forsythe as investigator Alvin Dewey. Shot in black-and-white and told in a kind of cinéma vérité style, the story concerns the ruthless murder of the Clutter family, the manhunt that follows, and the trial and execution of the murderers. The screening is followed by a discussion. Admission and refreshments are free.