The Spirit of Collage Paintings: Works by Arless Day 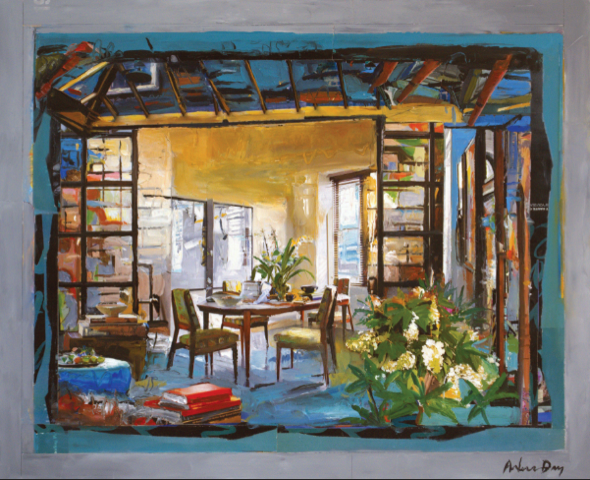 Arless Day grew up in a family of artists in Baton Rouge, Louisiana, where he was born in 1951. His father was a woodcarver and his brother a teaching artist in colleges and universities for more than thirty years. Both were influential. He developed a passion for making art at an early age and has pursued it for almost all of his life.

He graduated from the Ringling College of Art and Design, where he met his wife, Patsy Mauldin. After further study in New York, they opened a successful illustration and design studio, Twoday Design, in Charlotte, North Carolina, which they operated for seven years.

A Joseph Raffael exhibition at the Mint Museum inspired him to turn to art full-time in 1981. In 1988 he created his first collage painting, which has been his principal medium ever since. 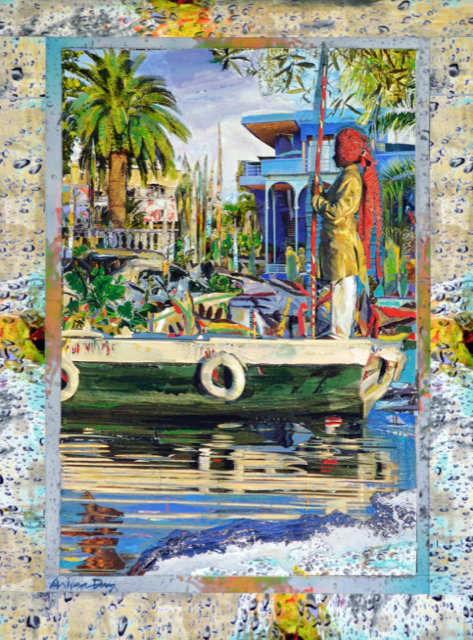 His work has been featured in more than sixty-five exhibitions around the country and is in the permanent collections of the Mint Museum, the Ogden Museum of Southern Art, the Hunter Museum of American Art, the Gibbes Museum of Art, and the Morris Museum of Art, to cite just a few. It is also in innumerable corporate and private collections.

The present exhibition features recently completed collage paintings, including many of the subjects for which he has become well known.