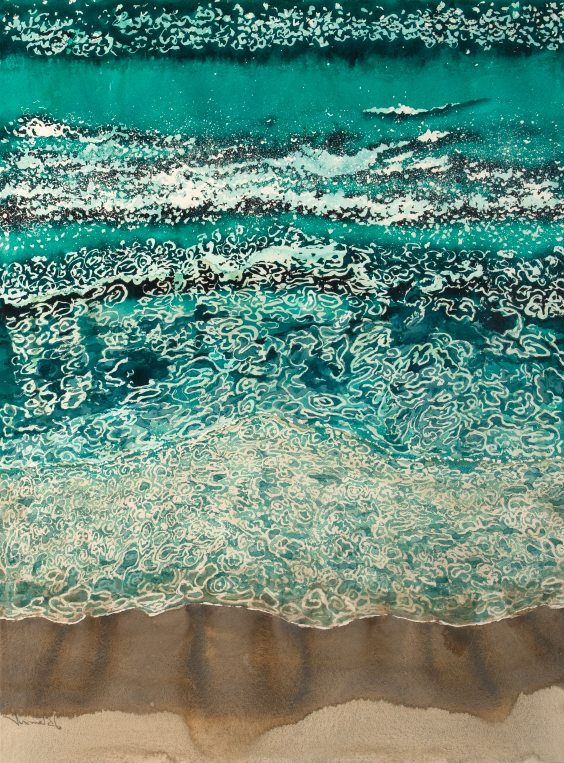 Atlanta-born Jack Stewart (1926–2005) began private art lessons when he was seven. By age nine, he was taking classes at the High Museum School of Art, and by the time he was in his teens he was apprenticed to the sculptor and painter Steffen Thomas. He served as an infantryman during World War II and saw combat in the Battle of the Bulge. After the war he earned a bachelor of fine arts degree at Yale University (where he studied with Josef Albers and Willem de Kooning), studied architecture at Columbia University, and earned a master’s degree and doctorate from New York University.

Stewart moved to New York City in 1949 and had his first solo exhibition in 1950. He exhibited frequently and founded the Stewart-Marean Gallery and the Stewart Studio—the latter for the design and execution of his commissioned mosaic furnishings and murals. His furniture designs were featured in books published by Furniture Forum as well as in House & Garden and House Beautiful magazines. His many commissions for murals and stained-glass windows were produced for a wide variety of clients.

He taught at the New School for Social Research, the Pratt Institute, the Cooper Union, New York University, Queens College, and the Columbia University Graduate School of Arts and Sciences. He was chairman of the art departments of the Cooper Union and Indiana State University, and vice president and provost of the Rhode Island School of Design. Throughout his career he lectured on art and subway graffiti.

The author of the definitive book Graffiti Kings: New York City Mass Transit Art of the 1970s, he contributed chapters and articles to many books, magazines, newspapers, and exhibition catalogs. He served on the boards of the New York Artists Equity Association, the National Society of Mural Painters, and the Fine Arts Federation of New York. In 1995 he was elected to membership in the National Academy of Design. When his papers were donated to the Archives of American Art in 2010, the New York regional collections specialist Charles H. Duncan characterized Stewart as Graffiti’s Vasari in the Smithsonian’s Archives of American Art Journal (Fall 2021).

His work has been widely exhibited, and he is represented in numerous public, private, and corporate collections.