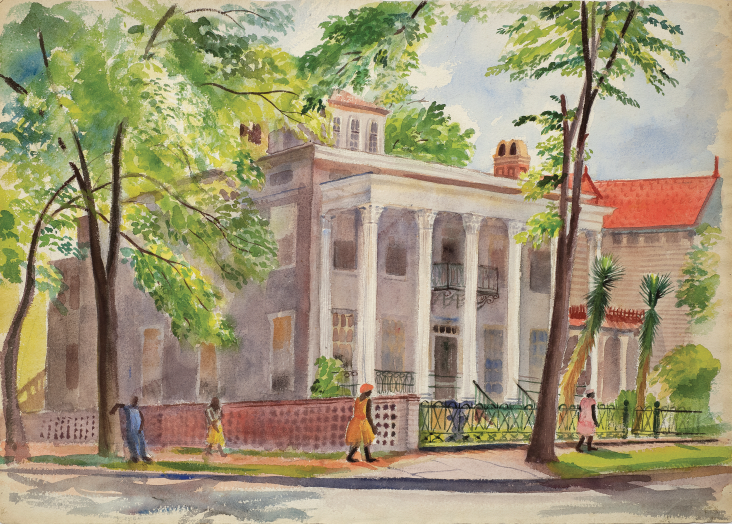 The eldest of four children born in Amoy (now known as Xiamen), China, to American missionary parents, Horace Talmage Day (1909–1984) came to maturity as an artist during the 1930s. Although he traveled widely and continued to explore new subjects throughout his life, he is particularly well known for his depictions of Augusta, its environs, and the countryside throughout Georgia and South Carolina, especially the Lowcountry. These first captured his imagination when he moved to Augusta in 1936.

He took up painting in his youth in Amoy and later in Fuzhou, China. Primarily self-taught, by the age of twelve he was painting accomplished landscapes of south China scenes in both oil and watercolor. After his graduation from the Shanghai American School in 1927, he went to New York City to attend the Art Students League, where he studied with Boardman Robinson, Kenneth Hayes Miller, and Kimon Nicolaïdes.

When he graduated from the Art Students League, he was the artist-in-residence at the Henry Street Settlement before being named the first director of Augusta’s Gertrude Herbert Institute of Art. In 1941 Day left Augusta when he married artist Elizabeth Nottingham, and the two codirected the art department of Mary Baldwin College in Staunton, Virginia.

Day spent the last seventeen years of his career, 1967–1984, in Alexandria, Virginia, while continuing to travel widely, painting everywhere he went.