David Driskell: Artist and Scholar of the African American Experience 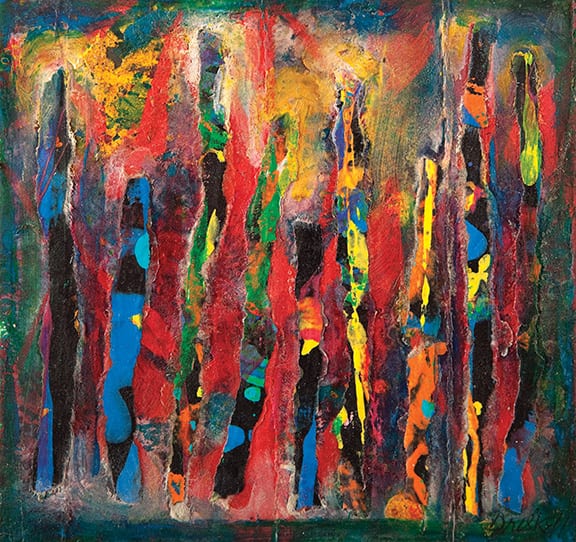 David Driskell, born in Eatonton, Georgia, in 1931, earned an undergraduate degree in art from Howard University in 1955. He earned a master of fine arts degree from the Catholic University of America in 1962 before undertaking further postgraduate study in art history. Trained as a painter, he works primarily in collage, mixed media, and printmaking.

He began his teaching career at Talladega College in 1955 and later taught at Howard and Fisk Universities before joining the faculty of the Department of Art at the University of Maryland, College Park, in 1977. He served as its chairperson from 1978 to 1983. In 1995 he was named Distinguished University Professor of Art and taught until his retirement in 1998, when he was named an emeritus professor. In 2001 the University established the David C. Driskell Center to honor his many accomplishments and his important role in preserving the rich heritage of African American visual art and culture.

While teaching, he also maintained a very active career as an exhibiting artist, curator, collector, art administrator, and art consultant. His work is included in museum collections around the world. He has lectured widely and has written five books on African American art. (He is the coauthor of four others.) He has had more than forty catalogs published for exhibitions he organized.

He is the recipient of many honors and awards, including thirteen honorary doctorates and the National Humanities Medal. His biography David C. Driskell: Artist and Scholar, by Dr. Julie McGee, was published in 2006 by Pomegranate.

The exhibition was assembled from the collections of the artist and the Morris Museum of Art.