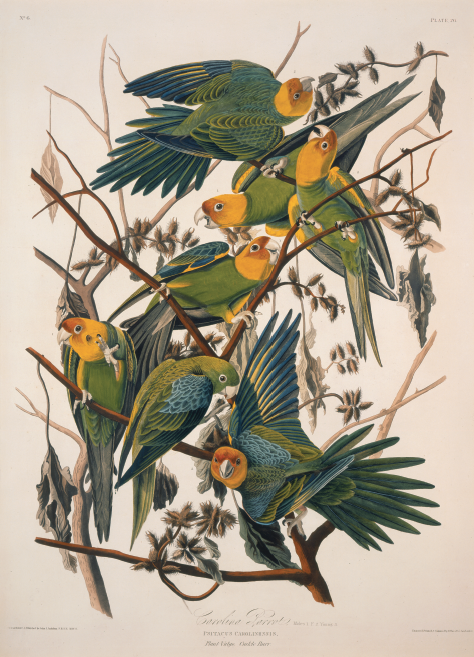 “A true conservationist is a man who knows that the world is not given by his fathers, but borrowed from his children.”
— John James Audubon

Today marks the 50th anniversary of Earth Day, the annual celebration of the environmental movement. We chose to highlight a work by noted ornithologist, naturalist, and artist John James Audubon. The Carolina Parakeet, captured by Audubon in 1832, was the only parrot species native to the Eastern U.S. This stunning bird species was driven to extinction in the early 20th century through habitat destruction, disease, and pest control.