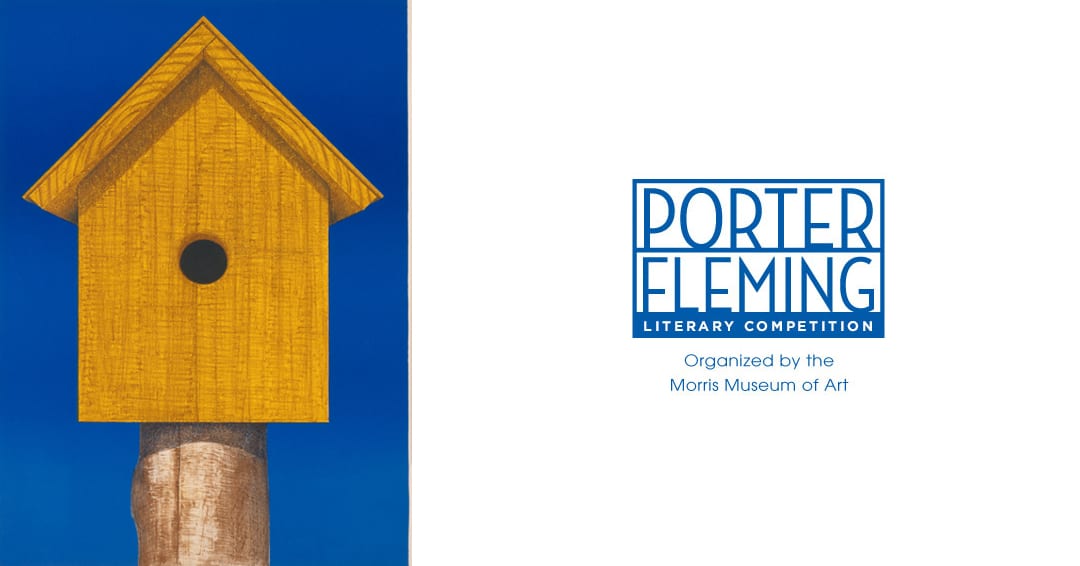 AUGUSTA, GA (APRIL 2, 2019)—The winners of the 2019 Porter Fleming Literary Competition have been announced by the Morris Museum of Art. They are:

Judge: Matthew Neil Null is a novelist (Honey from the Lion) and short story writer. A graduate of the Iowa Writers’ Workshop, he is a winner of the O. Henry Award, the Mary McCarthy Prize, and the Joseph Brodksy Rome Prize from the American Academy of Arts and Letters. After a two-year residency at the American Academy in Rome, he is on the English Department faculty at Bryant University in Smithfield, Rhode Island.

NON-FICTION
First Place: An Artist’s Manifesto: A Conversation with Myself, by Marina Brown, Tallahassee, FL

Second Place:Vagabonding with the Parents in a Landlocked Sailboat, by Timothy Brown, Spartanburg, South Carolina

Judge: Barry Yeoman is an award-winning journalist and radio documentarian who has taught at Duke University’s Sanford School of Public Policy and Center for Documentary Studies. Besides doing his own journalism, Barry currently teaches magazine writing to undergraduates at Wake Forest University and narrative non-fiction writing to adults at Duke University’s Center for Documentary Studies. He works with the non-profit Images & Voices of Hope to coach media professionals who are telling stories of community resilience

Judge:Ellen Hemphill, an award-winning poet and playwright, is an Associate Professor in the Theater Studies Department at Duke University. She is also the Artistic Director of Archipelago, a professional theater company in Chapel Hill, North Carolina.

Second Place: Earth As It Is, by Eric Nelson, Asheville, North Carolina

January From the Window at Sunset, Edward Wilson, Augusta, Georgia

Me and the Moon, by Edward Wilson, Augusta, Georgia

Once We Had A Daughter, by Dannye Powell, Charlotte, North Carolina

Columbia to Pawleys, After the Hurricane, by Dale Bailes, Pawleys Island, South Carolina

Our Hands Were Once Webbed,by Valerie Nieman, Greensboro, North Carolina

War Stories from the Other Side, by Roberta George, Valdosta, Georgia

Judge Alan Shapiro, the William R. Kenan, Jr. Distinguished Professor of English and Creative Writing at the University of North Carolina at Chapel Hill, is a distinguished American poet. He is the author of thirteen collections of poetry, including Tantalus in Love, Song and Dance, and Dead Alive and Busy, as well as two memoirs,Vigil and The Last Happy Occasion.

An awards ceremony and reception honoring the 2019 Porter Fleming Literary Competition award winners at the Morris Museum of Art. First-place winners will read from their entries. Seating is limited: RSVP to 706-828-3800. This event is free and open to the public.

Exhibition Closing: Immersed in the Seasons: Paintings by Luke Allsbrook

Create with Me: Sand Art Mandalas