Images of the Civil War

These paintings reflect a Southern perspective on the central event in American history—the Civil War—and deal with the period of the conflict, 1861–1865, and the period of reconstruction that followed.

John Mooney’s Surprise Attack near Harper’s Ferry captures the chaos and terror of battle. A version of Henry Mosler’s The Lost Cause, one of the most widely reproduced images in late nineteenth-century America, and Constantino Brumidi’s Columbia Welcoming the South Back into the Union address themes of loss and reconciliation. Only a few of the paintings in this gallery depict actual events. Mooney’s Surprise Attack is a record from memory of an ambush by Union forces along the Potomic River. 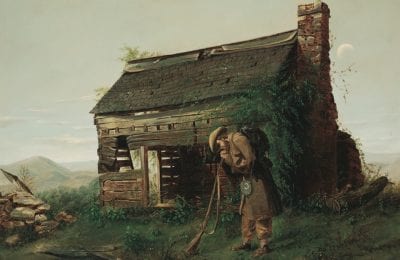 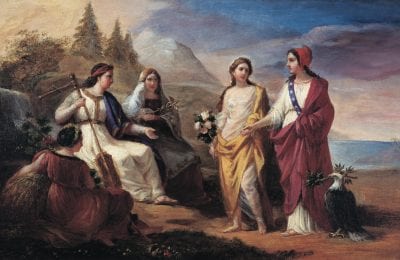 Columbia Welcoming the South Back into the Union 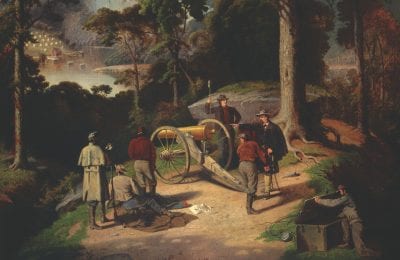 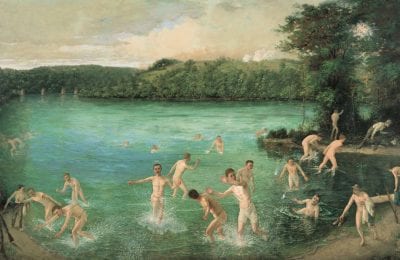 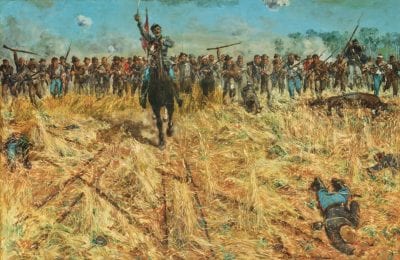