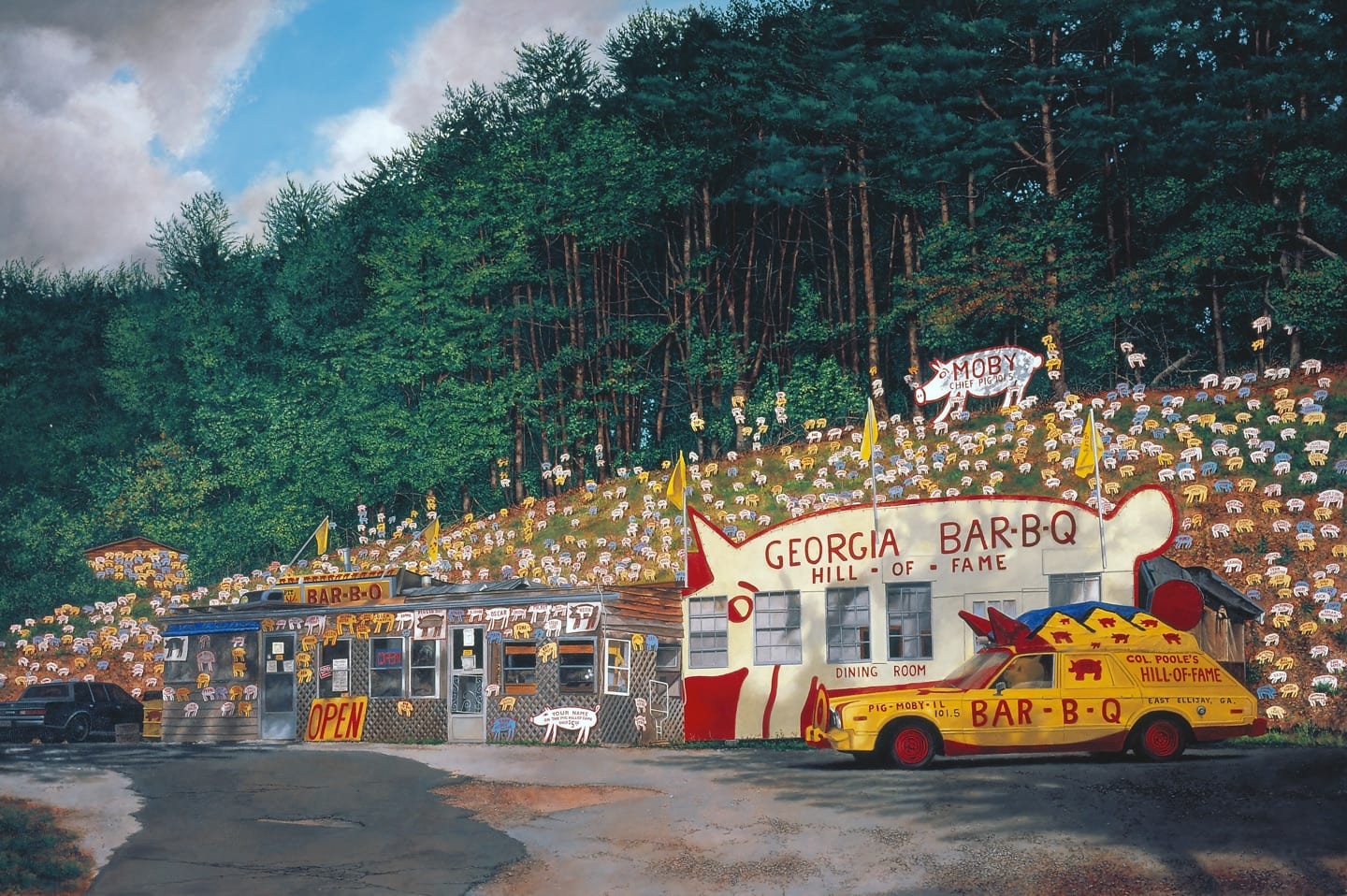 Warmer weather means cool libations + hot BBQ, which is why this Art of Fine Living is dedicated to the Art of Barbecue. Served on a paper plate slathered in sauce or sandwiched between two slices of plain ol’ white bread, barbecue, like college football & religion, is a southern staple and EVERY good Southerner has an opinion on the subject. Take comedian, author, & Southerner “by the grace of God” Lewis Grizzard, for example. He opined that the “best barbeque is served in the state of Georgia. In Texas, they barbeque beef, which isn’t barbecue at all, and neither is goat, which is stringy. I wouldn’t even put cole slaw on barbecued goat out of respect for the cole slaw.”

Whether you prefer pork or beef, chopped or shredded, barbecue recipes & eateries have been, and still are, topics featured in Southern cookbooks, literature, photographs, and of course, in John Baeder’s painting, Col. Poole’s Pig Hill of Fame. The photorealist work depicts Poole’s Bar-B-Q restaurant in Elijah, Georgia. When you visit, you can purchase a wooden pig, they’ll paint your name on it, and place it among the others on the Pig Hill of Fame!