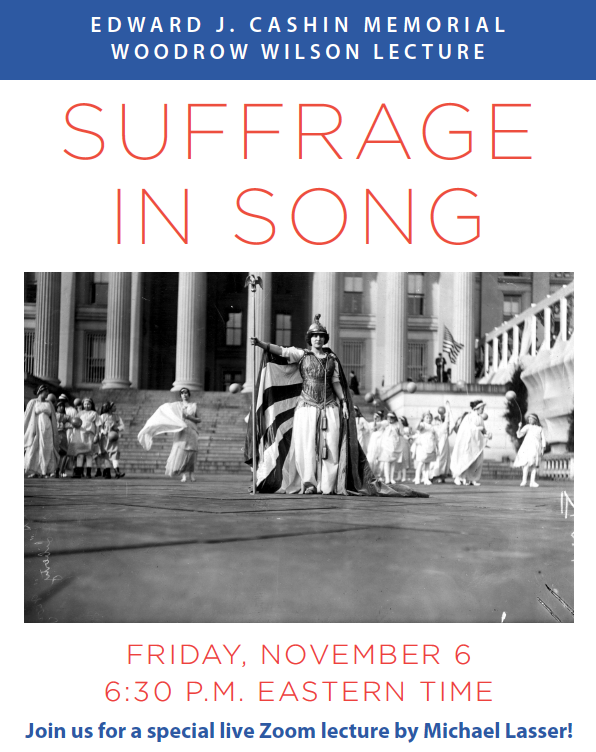 Please keep your microphone muted during the recorded presentation. Hosts will unmute microphones for questions following the lecture.

Michael Lasser is a lecturer, writer, broadcaster, and critic. His latest book, City Songs and American Life, 1900–1950, appeared in June 2019. He is also the co-author (with Philip Furia) of America’s Songs: The Stories Behind the Songs of Broadway, Hollywood and Tin Pan Alley (2006), and the author of America’s Songs II: Songs from the 1890s to the Post-War Years (2013). His nationally syndicated public radio show, Fascinatin’ Rhythm, won a 1994 George Foster Peabody Award and began in 1980 as Anything Goes. has been on the air since 1980 and won a 1994 Peabody Award. A graduate of Dartmouth College, he is the former theater critic for the Rochester Democrat & Chronicle and often speaks at museums and universities around the country. In 2010 he was named a Thomas P. Johnson Distinguished Visiting Scholar at Rollins College.

Participating organizations: the Augusta Museum of History, the Augusta Richmond County Historical Society, the Augusta University Center for the Study of Georgia History, Historic Augusta, Inc., the Lucy Craft Laney Museum of Black History, and the Morris Museum of Art.

The lecture is made possible in part by funding from the Center for the Study of Georgia History.