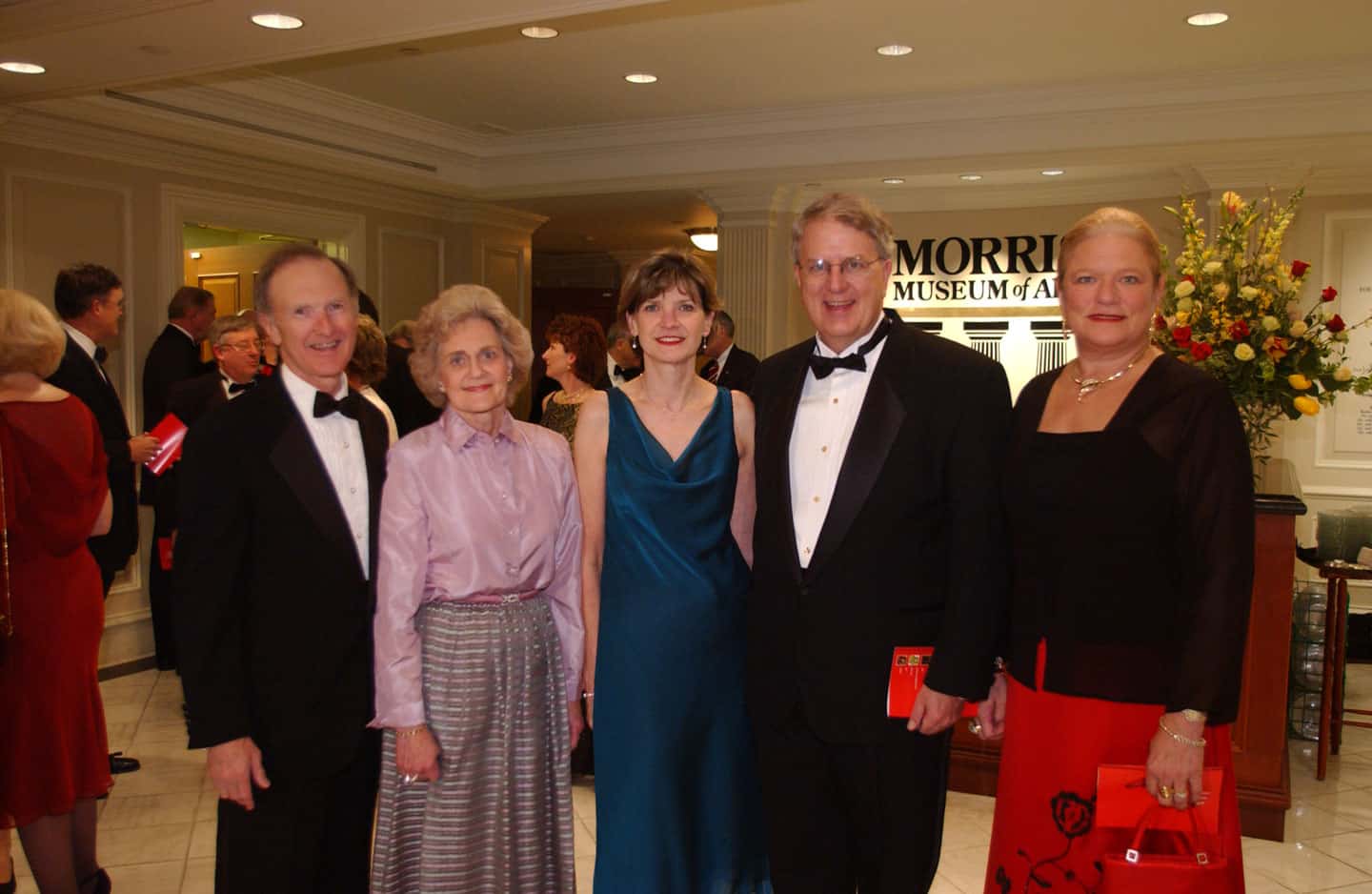 “In one way or another, our dear friend Keith Claussen was closely associated with me and my family for more than 45 years,” noted William S. Morris III, museum founder and chairman. “During that time, her contributions to this city were immeasurable, especially in the arts. When Sissie and I founded the Morris Museum of Art, we felt very fortunate that someone of her caliber and character was here and willing to take on the responsibility of getting a public institution up and running. The museum achieved remarkable things under her leadership, and we will be forever grateful for all that she gave to it and to us personally. Her loss is a painful one, and our hearts are very full.”

“No one was ever more fortunate than I to have followed someone of Keith’s gifts in this job,” said Kevin Grogan, director of the Morris Museum of Art. “She established the tone and tenor of the Morris Museum and was keenly aware of its importance to the community from the time of its founding. After her departure from the museum’s staff, she remained active and interested in it. It’s not possible to overstate our admiration of or gratitude toward her.”

She was also a member of the Augusta-Richmond County Coliseum Authority and board member of the Economic Development Council, the MCG Children’s Medical Center, the Tuttle Newton Home Foundation, the Richmond County Historical Society, Historic Augusta Board of Trustees and the Leadership Augusta Executive Board.

Claussen received numerous awards and recognition throughout her career, including the Greater Augusta Arts Council Individual Service Award, the Georgia Women in the Visual Arts honor, the Greater Augusta Arts Council Arts Professional of the Year and the Women of Excellence Award for the Arts.Claussen began her career as a reporter for The Augusta Herald and later became women’s editor, lively arts editor and Sunday Perspective editor for The Augusta Chronicle and Herald. In recent years she contributed a weekly arts column to the newspaper while serving as director of Fine Arts Publications and manager of Fine Arts Collections for Morris Communications Co. She edited more than 30 books on the arts.

She attended Richmond Academy and graduated from Mount Vernon Seminary and Preparatory School in Washington, D.C. She also attended the University of Georgia, and Augusta College, where she graduated with a B.A. in English in 1973.

She retired in 2015 AND moved to Sarasota, Florida, where she volunteered at the Mote Marine Laboratory and Aquarium. In October 2018, she was named volunteer emeritus.

Memorials may be made to the Louise Keith Claussen Fund at the Morris Museum of Art, the Tuttle Newton Home, the Order of St. Helena Episcopal Convent, or the Mote Marine Laboratory and Aquarium in Sarasota.