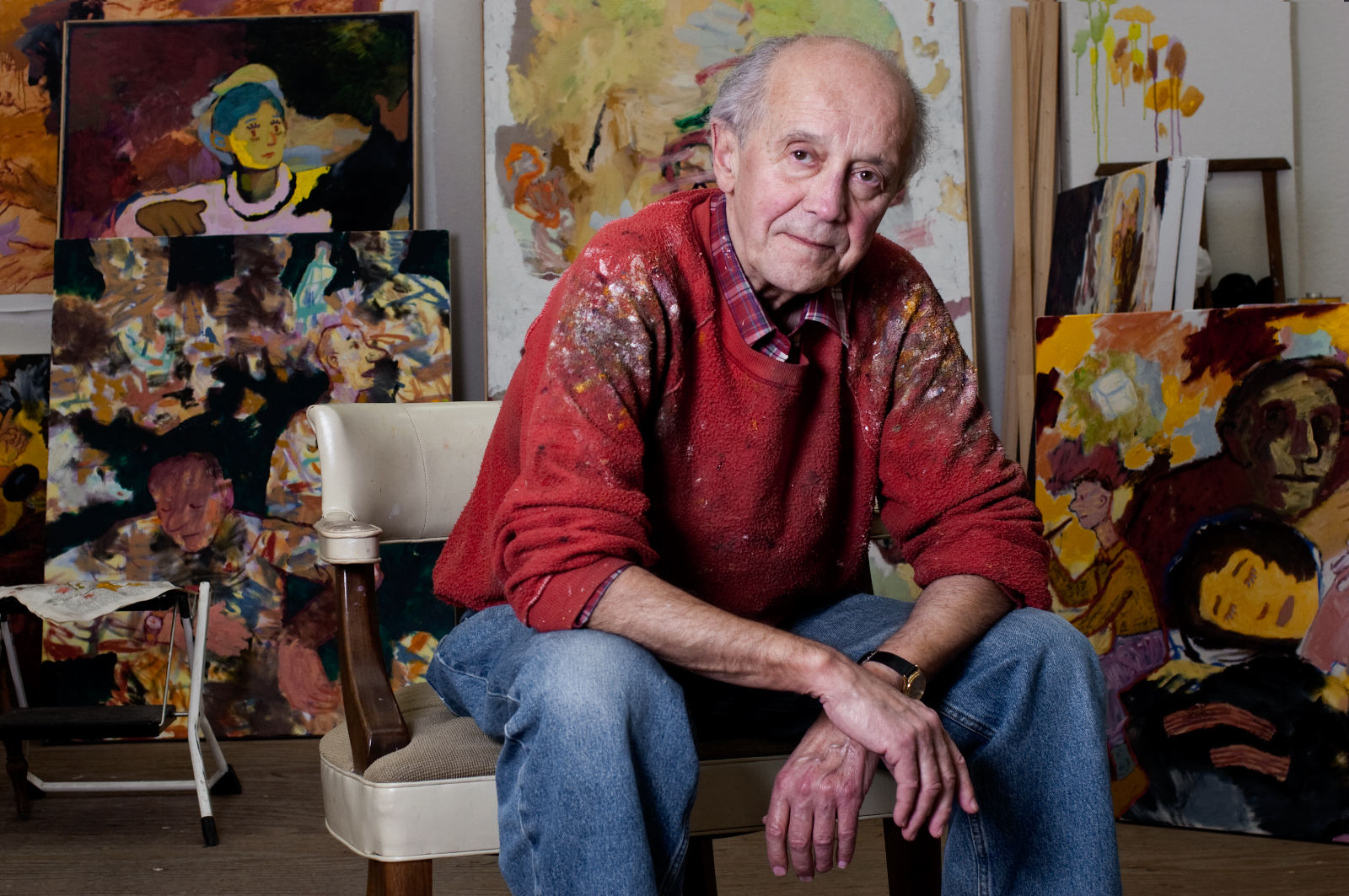 The world lost a great artist with the death of Philip Morsberger on Sunday, January 3, 2021, of complications due to COVID-19.

“Philip Morsberger was blessed with many gifts—his extraordinary curiosity and creativity, both of which sustained his skills as an artist, were only the most obvious, so, naturally, they are the immediate focus whenever his name comes up. But his interests were protean and encompassing,” said Kevin Grogan, director of the Morris Museum of Art. “He could speak with the same knowledgeability and enthusiasm about the film scores of Alfred Newman (“only the greatest film composer who ever lived!”) and the novels of Charles Dickens, which he read over and over again with devotional rapture. Old movies, radio dramas from the thirties, comic strips from “Smokey Stover” to “Prince Valiant” (“Hall Foster was a genius!”) fired his imagination and fed his artistry. Perhaps his greatest gift was friendship. No one enjoyed friendship more than Philip, and no one ever made and kept as many friends as he. He found commonality with, well, everyone. His kindness and generosity of spirit were innate and unsurpassable, and it is those qualities that touched generations of students, countless colleagues, and numberless friends over the length of a long life well-lived.”

He and his wife Mary Ann moved to Augusta in 1996 in retirement when he was named the Morris Eminent Scholar in the Visual Arts, a prestigious endowed professorship at Augusta State University. He held the post until 2001. They chose to remain in Augusta, where he maintained his home and studio.

Philip’s work is included in the permanent collections of many museums, including Oxford’s Ashmolean Museum and the South Hampton City Art Gallery in England; the San Francisco Museum of Modern Art, the San Jose Museum of Art and Sacramento’s Crocker Art Museum in California; the Morris Museum of Art and the Museum of Contemporary Art Atlanta in Georgia; the Columbus Museum of Art and Youngstown’s Butler Institute of American Art in Ohio; the Rochester Memorial Art Gallery in New York; Dartmouth’s Hood Museum in New Hampshire; and the Ogden Museum of Southern Art in New Orleans, as well as in corporate and private collections too numerous to cite. His work was exhibited widely in the United States and Europe. At the time of his death, he was represented by Hampton III Gallery in Greenville and IFArt Gallery in Columbia, South Carolina; Out of the Box Fine Arts in Augusta, Georgia; and Harmon-Meek Gallery in Naples, Florida.

Create with Me! Home with the Morris.