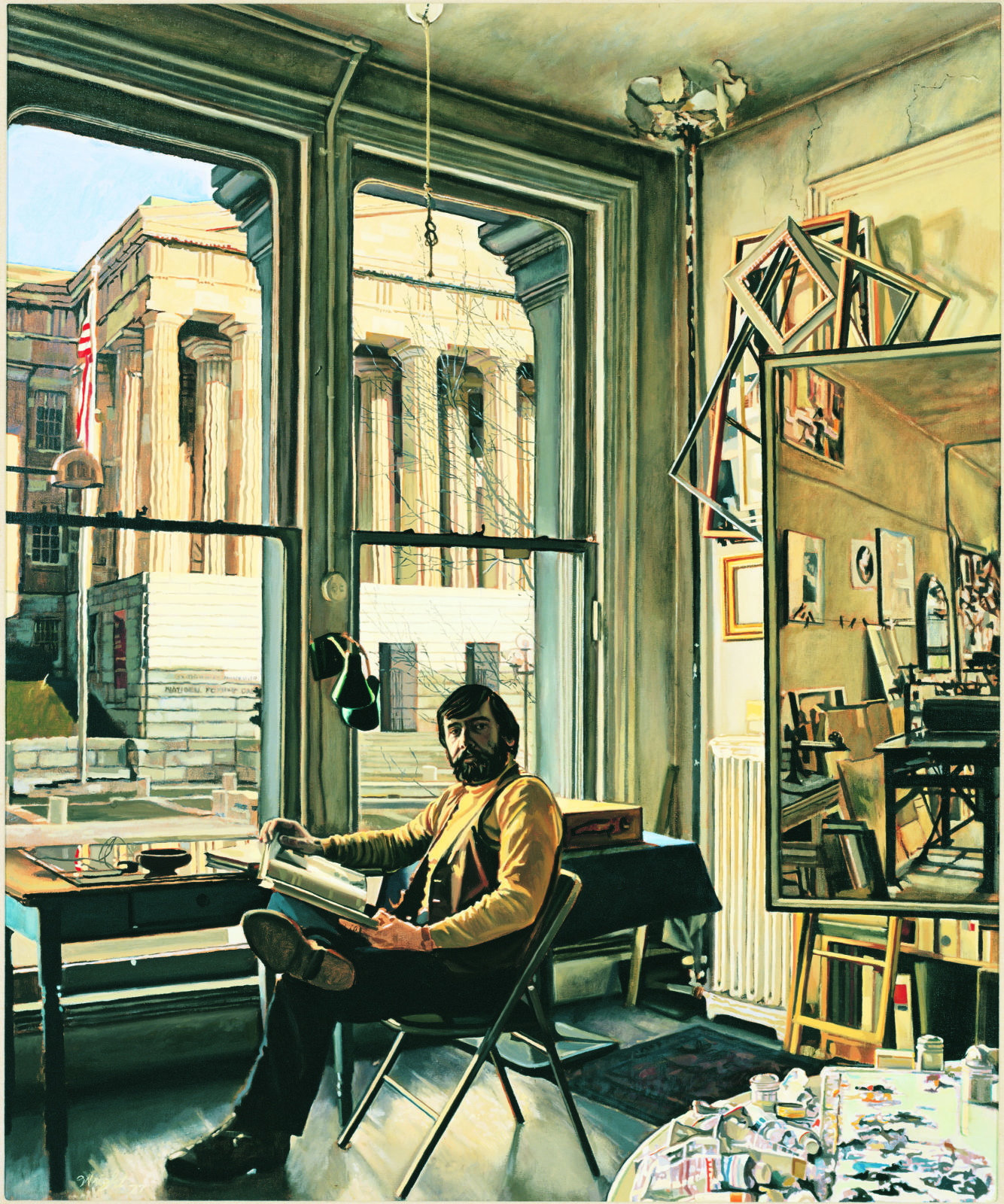 Renowned artist and educator Frank Wright, 87, died peacefully of natural causes at his home in Washington, D.C. on August 9, 2020.

He enjoyed a remarkably prolific, seven-decade long career as a painter and printmaker, during which time he created more than 220 works of art.  As an art educator, first at the Corcoran School of Art and later, for more than forty years, at George Washington University, he was the principal teacher and mentor to three generations of American artists. His paintings and prints have been widely exhibited and collected

Frank was an extraordinarily well-educated man. At Eastern High School in Washington, D.C., his art teacher was Leon Berkowitz, who later became one of the leading figures in the Washington Color School. On a scholarship from the National Society of Arts and Letters, he attended American University where he studied with Sarah Baker and Ben Summerford. He studied art history with Bernard Berenson at the Villa I Tatti in Florence, printmaking with William Stanley Hayter at the Atelier 17 in Paris, did additional post-graduate work at the Fogg Museum at Harvard University, and earned a Master’s Degree in Art History from the University of Illinois.

He was one of those fortunate men who got to live out his dreams.  He married well.  The wonderful Mary Dow Wright, his wife of nearly sixty-three years, survives him, as does their daughter Suzanne Wright, son-in-law Rustin Quaide, and granddaughter Adrianna Quaide.  He felt he was blessed by his family and often said so.

Frank was a proud fifth generation Washingtonian—his hometown was a favorite subject—and a man of insatiable curiosity, broad and intense interests that are reflected in his own vast collections of Washintoniana, historic photographs, and the work of fellow artists, vast good humor, and a nearly reflexive sense of generosity. He had a gift for making and keeping friends.

A scholarship, the Frank Wright Young Artist Fund, has been established in his name at National Society of Arts and Letters, Washington, DC Chapter.  It’s a fitting way to remember a person to whom scholarship was so important.