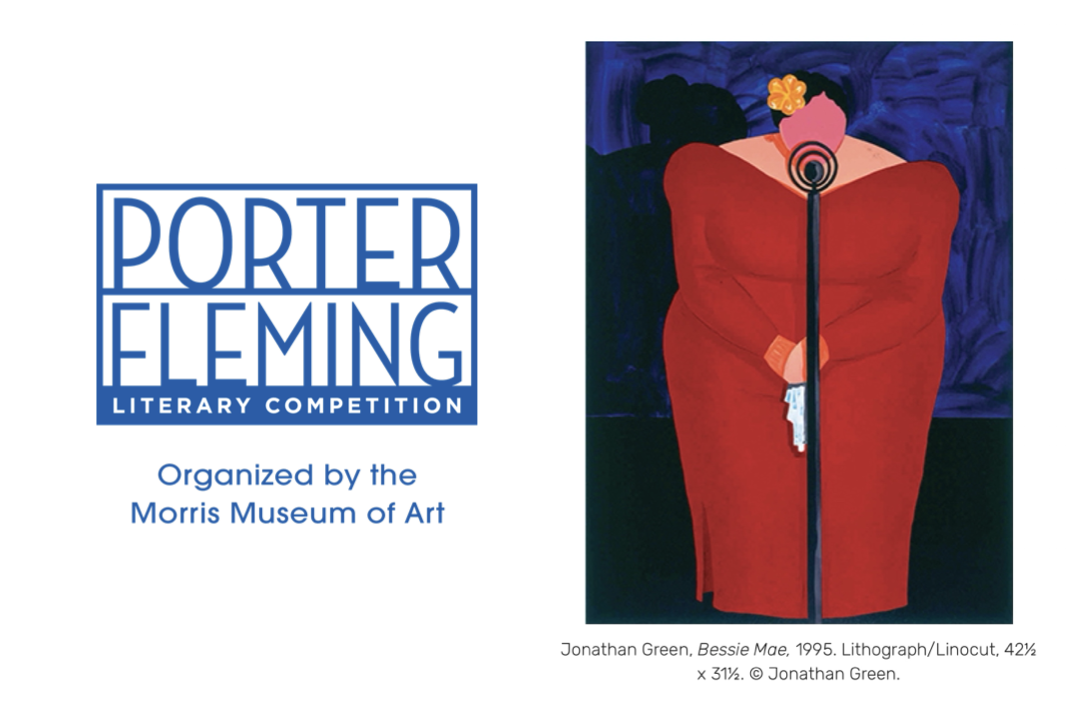 The winners of the 2022 Porter Fleming Literary Competition have been announced by the Morris Museum of Art. They are:

Judge: Matthew Null is a novelist (Honey from the Lion) and short story writer. A graduate of the Iowa Writers’ Workshop, he is a winner of the O. Henry Award, the Mary McCarthy Prize, and the Joseph Brodksy Rome Prize from the American Academy of Arts and Letters. After a two-year residency at the American Academy in Rome, he is an Assistant Professor in the English Department at Susquenanna University in Selinsgrove, Pennsylvania.

Judge: Barry Yeoman is an award-winning journalist and radio documentarian who has taught at Duke University’s Sanford School of Public Policy and Center for Documentary Studies. He currently teaches magazine writing to undergraduates at Wake Forest University and narrative non-fiction writing to adults at Duke University’s Center for Documentary Studies. He works with the non-profit Images & Voices of Hope where he coaches media professionals who are telling stories of community resilience.

Judge: Ellen Hemphill is a playwright, screenwriter, actor, and the director of the award-winning Archipelago Theatre/Ciné in Chapel Hill, NC. She is also a Professor in the Duke University Theater Studies Department.

Dannye Powell, Charlotte, North Carolina; “What I Kept Remembering After She Died”

Edward Wilson, Augusta, Georgia; “And I’m Not Making This Up”

Edward Wilson, Augusta, Georgia; “Slightly Before You Were Born”

Judge: Alan Shapiro, the William R. Kenan, Jr. Distinguished Professor of English and Creative Writing at the University of North Carolina at Chapel Hill, is a renowned American poet. He is the author of thirteen collections of poetry, including Tantalus in Love, Song and Dance, Dead Alive and Busy, as well as two memoirs, Vigil and The Last Happy Occasion.

The Porter Fleming Literary Competition, recognizing talented writers who reside in Alabama, Florida, Georgia, Mississippi, North Carolina, South Carolina, and Tennessee, was established in 1993 by Shirley Fleming to honor her late father, noted author and artist Berry Fleming. Funded by the Porter Fleming Foundation, which is administered by the Trustees of the Academy of Richmond County, the competition is organized and administered by the Morris Museum of Art. The Porter Fleming Foundation was established by Berry Fleming in 1963 as a memorial to his father, Porter Fleming, a prominent Augustan and one of the city’s leading philanthropists.