The Murphys of Savannah 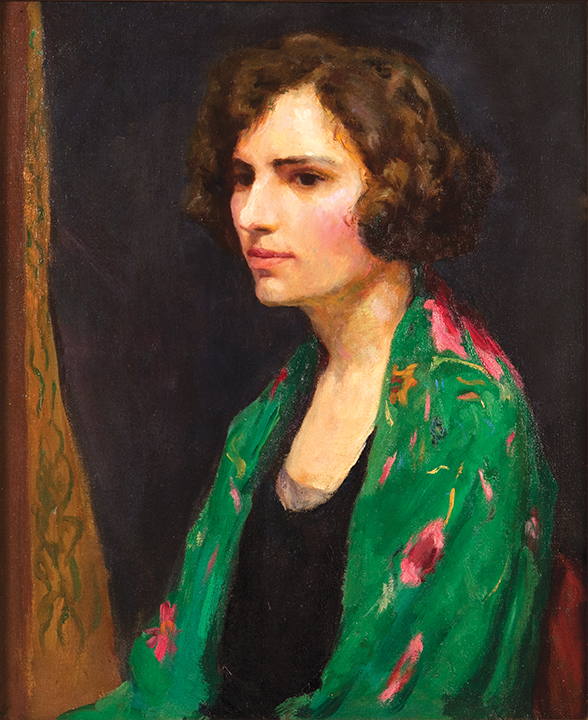 Over the years, Savannah, Georgia, has enjoyed a reputation as an unusually vibrant center for the visual arts, a reputation that has resulted from a large and active community of artists. Christopher P. H. Murphy, his wife Lucile Desbouillons Murphy, and two of their seven children, Christopher A. D. Murphy and his sister Margaret, were central figures in the cultural life of Savannah as artists, teachers, and leaders of the Savannah Art Club and the Association of Georgia Artists.

The child of Irish immigrants, Christopher P. H. Murphy (1869–1939) joined his father’s commercial painting firm at age nineteen. Largely self-taught as a fine artist, he exhibited throughout the South and was represented in the Fourth Annual Exhibition of American Art in New York City the year that he died. In 1902, he married artist Lucile Desbouillons (1873–1956). The child of French immigrants, she was a well-trained and highly skilled painter.

The eldest of the seven Murphy children, Christopher A. D. Murphy (1902–1973) left Savannah after high school to attend New York City’s Art Students League. Later, he studied privately with such artists as Eliot Candee Clark and William Chadwick. He was a prominent and influential member of the Savannah arts community for forty years.

Margaret Augusta Murphy (1908–1991), the fourth Murphy child, graduated from Brooklyn’s Pratt Institute in 1931 and returned to Savannah, where she taught in public schools, eventually becoming the first art supervisor for Chatham County elementary schools. Equally skilled in pastel, watercolor, and ceramics, she was a tireless advocate for art education in public schools.

The work on display was drawn from the Morris’s collection of more than 175 works of art by the Murphy family artists.