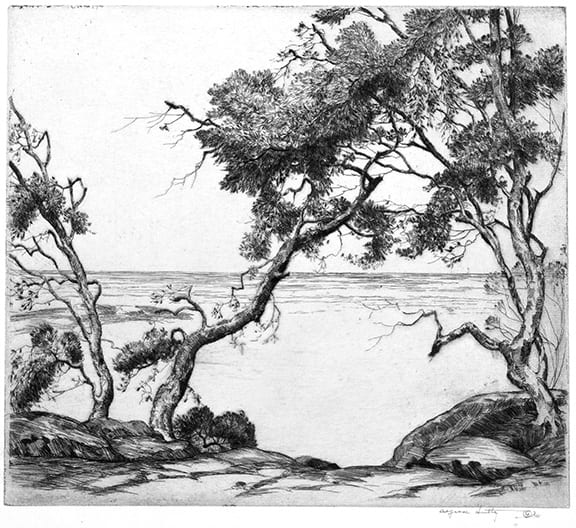 If you have not had the opportunity to view The Charleston Renaissance, be sure to do so before it closes on Sunday, October 27. Organized by guest curator Jay Williams, the exhibition includes art from the Morris Museum’s permanent collection and special loans from the South Caroliniana Library of the University of South Carolina. It includes paintings, drawings, and etchings by some of the leaders of this remarkable revival—Alfred Hutty, Alice Ravenel Huger Smith, Anna Heyward Taylor, Hobson Pittman, and Elizabeth O’Neill Verner.

The devotion to Charleston’s beauty and rich heritage by its resident artists and many visiting artists rescued the city from economic and cultural ruin and helped to create the modern historic preservation movement by awakening Charlestonians to the charm and significance of the city’s architectural heritage, both through their image making and, in some cases, restoring and occupying historic structures. Their efforts to save the city’s architectural history served as a model for what later became a national effort. The Preservation Society of Charleston, founded in 1920 when a landmark house was threatened; the founding of the city’s first historic house museum in 1930; and the establishment of the country’s first local historic district in 1931, all served to inspire similar efforts elsewhere.