Music in the South 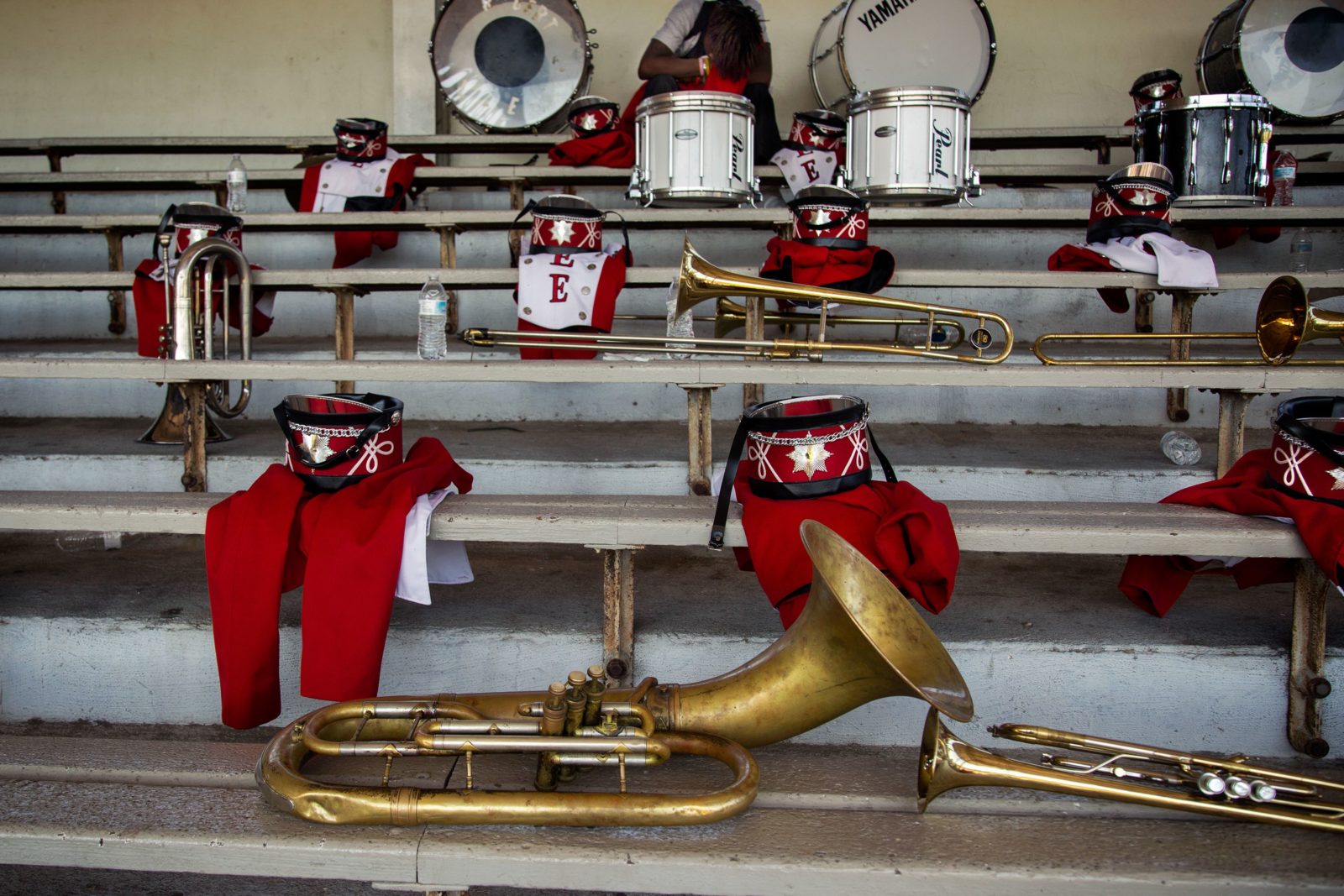 Music in the South celebrates the culturally diverse and richly expressive traditions of this region’s musical arts in an exhibition of more than 35 works of art—paintings, drawings, prints, and photographs. The exhibition is mainly drawn from the Morris Museum’s permanent collection, supplemented by selected loans of musical instruments from the McKissick Museum in Columbia, South Carolina. Organized by consulting curator Jay Williams, it is on view in the Morris’s Coggins Gallery as well as the nearby stairwell from August 29–November 22, 2020.

Among the well-known artists included in the exhibition are many who are familiar to regular visitors to the Morris Museum, including Dale Kennington, Terry Rowlett, and James Michalopolous. Alfred Hutty, a major painter during Charleston’s renaissance, was also a prodigious printmaker; he is here represented by Jenkins Band (1925), a beautifully executed etching. Never-before-seen paintings by Bernard Fuchs (Eureka Jazz Band, 1977) and Frank Ashley (The Birth of Jazz, 1952) celebrate New Orleans. The thrill of performance by such venerated figures as Bessie Smith, Elvis Presley, and James Brown is captured by Jonathan Green, Howard Finster, and Leroy Nieman. Various musical voices are captured in Dale Kennington’s Gospel Sing and Edith Caywood’s Little Molly Plays the Muskrat.

Photographers Birney Imes, famed for his depictions of Juke Joints; Jim McGuire, whose Nashville Portraits chronicle three generations of country music stars; Jerry Siegel, whose document of the Black Belt of Alabama has achieved national recognition, and Shane Lavalette, commissioned by the High Museum to contribute to its Picturing the South series are represented in the exhibition by some of their most iconic images. Jack Stoddart, Jack Spencer, and FSA photographers Marion Post Wolcott and John Gutman round out the photographic portion of the exhibition.

Music and the visual arts have been similarly shaped by the traditions, values, and attitudes of Southerners, especially in the realms of religion, community life, family life, and identity. Moreover, music and music-making has often inspired the creation of paintings, photographs, prints, and other forms of visual art. Unhampered by the South’s prevailing protestant, often iconoclastic, ideals, musical idioms have passed freely across the region’s racial and cultural boundaries. In this way, music has led the way to freer, increasingly multicultural, expression in the visual arts.

Just as Albert Brunley’s Gospel masterpiece I’ll Fly Away would have it, the music of the South makes it “the Land where joys shall never end.”